Should You Wash New Underwear?

New underwear is always a welcome addition to a drawer. However, you may wonder if it’s safe to add them to your drawer, ready for use, straight after you’ve purchased them. Because while new underwear may be fresh and never used before, they are not necessarily clean.

You should wash new underwear as different chemicals accumulate on the material during manufacturing, from pesticides sprayed on the fabrics to the dyes and formaldehyde used to preserve them. These chemicals can irritate the skin in the sensitive genitalia area.

The rest of the article will examine the risks of wearing new underwear before washing them and answer some of your related questions.

Should You Wash New Underwear?

Underwear straight from the packaging has that fresh and clean smell that can convince you that it’s perfectly safe to wear as is. But is it?

New underwear is not the same as clean underwear. You should wash all your new underwear as different types of chemicals are involved in the manufacturing process, adheres to the material, and can irritate your skin when it comes into contact with it.

Additionally, while the underwear may not have been worn by anyone else, it was handled by several people before it found its way to you. Factory workers pack these articles of clothing manually, and when they get to the store, the salespeople take them out again and place them on hangers or arrange them on the shelves.

While other customers certainly didn’t try them on, they did hold your underwear up as they inspected them and mulled on whether they should purchase them.

So those pairs of underwear made their way to you with the previous customers’ DNA on them. And you should consider yourself lucky if DNA is all there is. Some underwear carry pathogens such as staphylococcus, MRSA, and norovirus.

Therefore, washing your new underwear will remove the chemical residues on the fabric and kill any harmful microorganisms present. It’s a minor inconvenience that can save you a lot of trouble and regret.

How Do You Sanitize New Underwear?

While some of the bacteria on used underwear, such as Escherichia coli, for example, cannot be found on new underwear, the same sanitizing measures can effectively flush out the chemicals and pathogens on new underwear.

Let’s explore these two sanitization methods below in more detail:

Using either of these methods can guarantee that your new underwear is properly sanitized and safe to wear. If you choose to combine both, all the better.

Is It OK To Wash Underwear With Regular Clothes?

Washing underwear with regular clothes may seem like a good idea. After all, you can save on time, electricity, water, and detergent. But it isn’t recommended, and here’s why:

It is OK to wash underwear with regular clothes, but you risk them getting caught on the zippers, clasps, or buttons of the other garments in the same load. This may result in them getting stretched or even torn. Also, the bacteria from your underwear can transfer to other clothes.

If you need to throw your underwear in the wash with your regular clothes, there are some precautions you can take:

Why Do Socks Say Wash Before Wearing?

Socks say wash before wearing because various chemicals are used in the manufacturing process and are absorbed by the socks. The socks are also handled by several people from the factory to the store and in between.

Pathogens can be transmitted onto your socks by infected individuals who have touched them, and the chemicals that have accumulated on your brand-new socks are skin irritants. Any reaction from these irritants can worsen with the sweat from your feet.

Therefore, it’s always best to wash your new socks before wearing them so that any bacteria can be eliminated and the excess chemicals flushed away.

Should You Use Fabric Softener on Underwear?

You should not use fabric softener on underwear because they contain perfumes that can irritate the sensitive skin in your nether regions. This can lead to itching and a burning sensation.

However, if you are intent on using fabric softener on your underwear, you can try products that are labeled hypoallergenic.

Your underwear goes through a long process between the time of manufacture and when you receive them at the checkout counter. During this process, new underwear absorbs all sorts of chemicals and is handled by several people who leave pathogens on them.

Therefore, washing before wearing is a rule that should apply even to underwear that has never been worn. 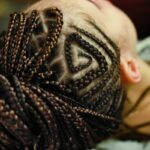 Do People With Dreadlocks Wash Their Hair?

How Long Does Body Wash Last? 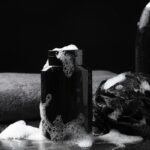 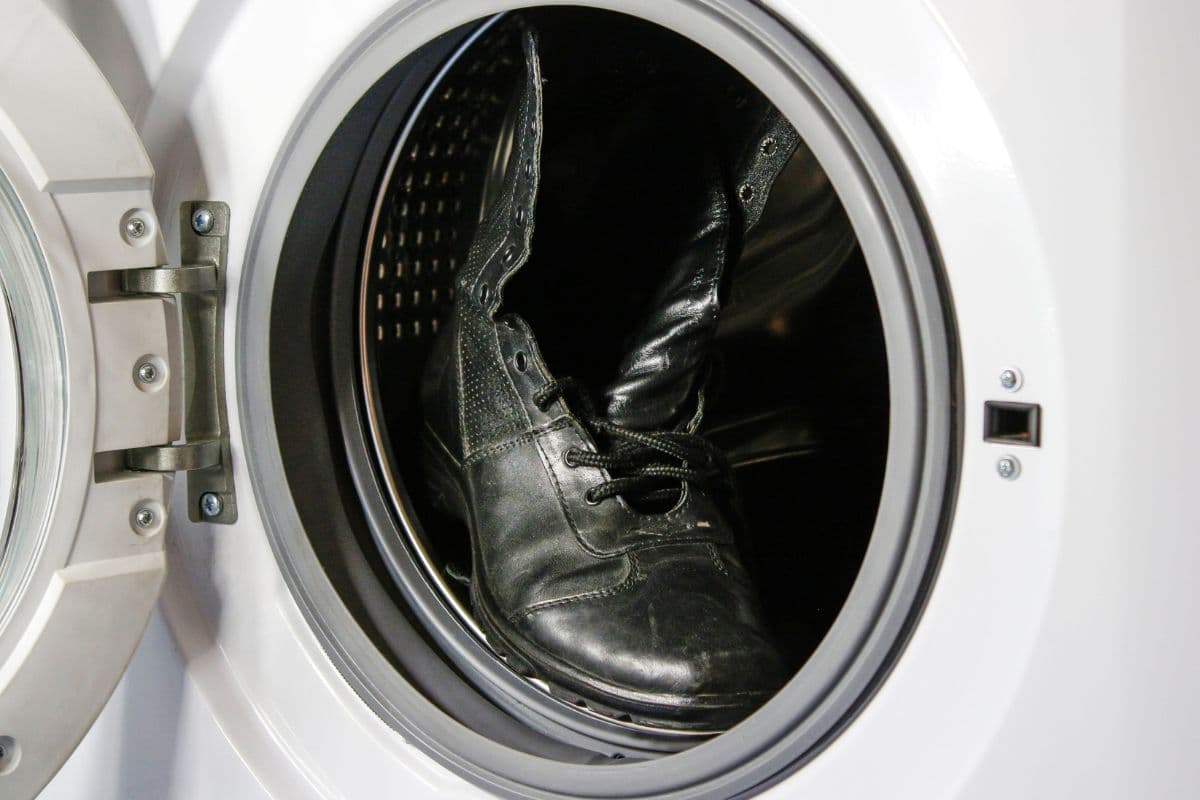 Can You Put Leather Shoes In The Washer?

Leather shoes are sturdy and durable, but cleaning them is a task. For most dirty shoes, you would just throw them in the washer, but can you do that for leather shoes? You can’t put leather shoes in the washer because water and detergent can damage the material. Additionally, the heat from the washer can… 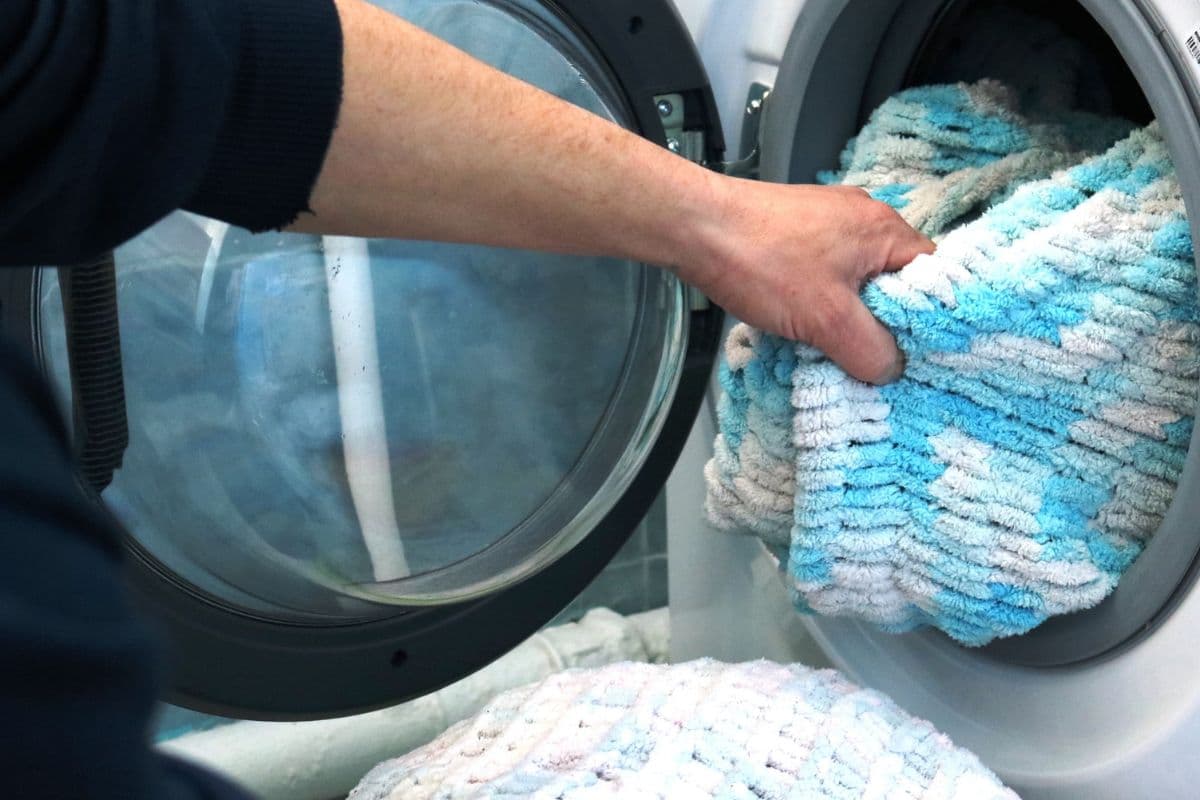 What Does Delicate Wash Mean?

Many new-generation washing machines have features to meet your specific laundry needs. Understanding what each program does will help you have a better laundry experience. For example, what does delicate wash mean? Delicate wash is a washing machine setting consisting of a shorter, cold wash with a low tumble speed and slow spin cycle. This… 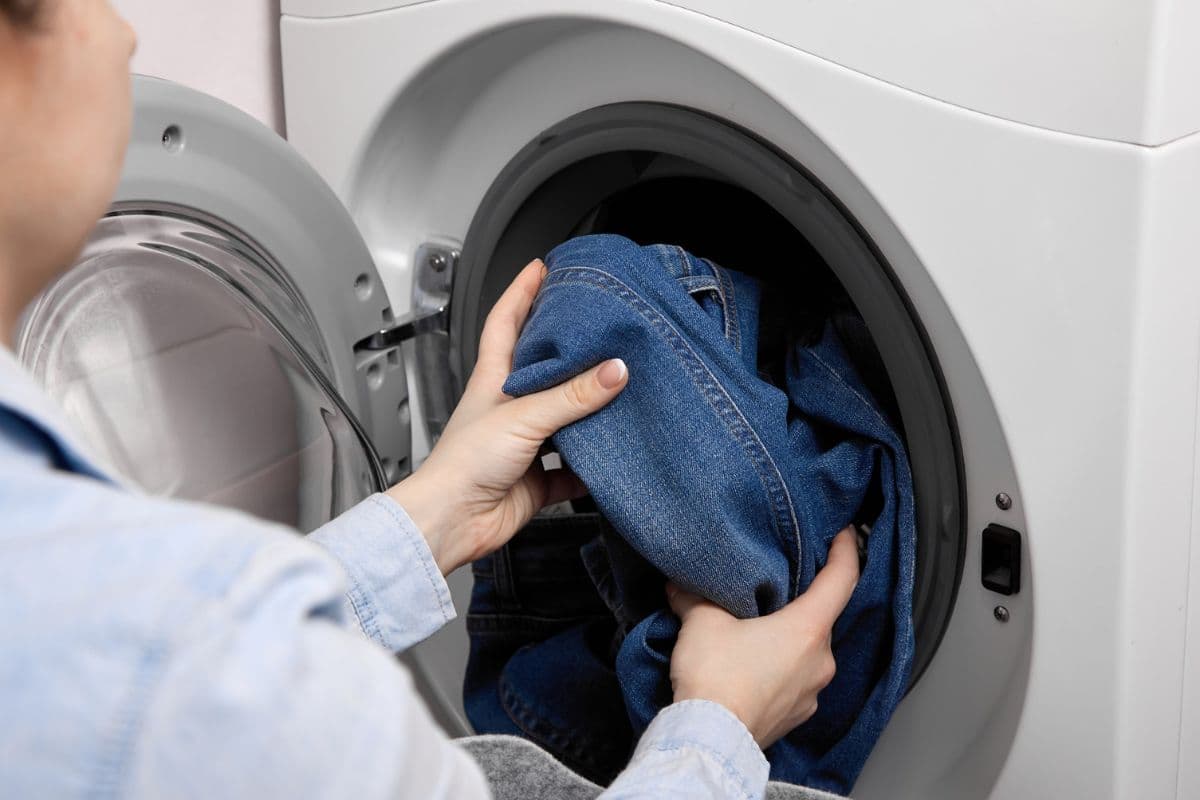 What Temperature Should Jeans Be Washed At?

For as long as they’ve existed, jeans have remained a staple for casual and workplace fashion. Combining style, toughness, and comfort, a good pair of jeans remains the go-to option for any event. However, knowing how to care for your new favorite pair of pants properly isn’t always so straightforward. You should wash jeans in…